Toronto’s Chinatown neighbourhood is a hub of the city’s Chinese community, extending from the intersection of Spadina Avenue and Dundas Street West. One can easily recognize that they’ve arrived in Chinatown by the hundreds of Cantonese and Mandarin shops signs everywhere advertising the neighbourhood’s hundreds of shops, grocers, dim sum restaurants and other services catering to an Asian clientele.

Forced to relocate from its previous location to make room for the construction of Toronto City Hall, and fueled by the influx of Chinese immigrants in the 1960s, the neighbourhood quickly grew into one of the largest Chinatowns in the world.

Kensington Market is a unique neighbourhood that retains its charm and wonderful diversity through an eclectic mix of vintage clothing stores, grocers, restaurants and cafes. A Toronto treasure nestled right next to Chinatown, this multicultural gem is one of Toronto’s oldest neighbourhoods. 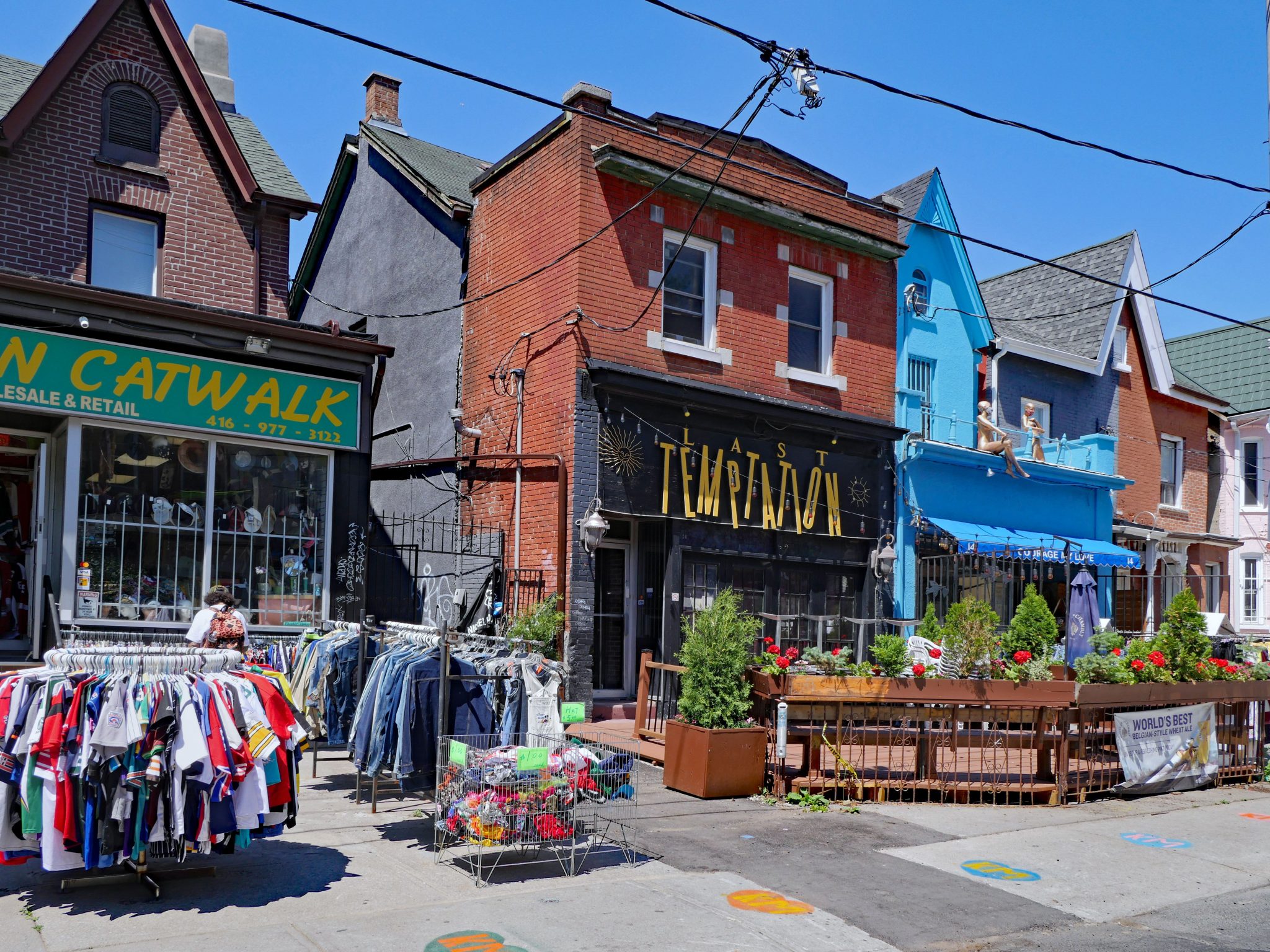